Ala Archa NP, located just outside of Bishkek, is the number one place to visit when in the city.  The park is accessible all year round and offers breathtaking views of the Tian Shan (天山 – “heavenly mountains”) range.  The mountains live up to their name, and the park provides an easy place to explore them on a day trip from Bishkek proper.

Taxi to the park 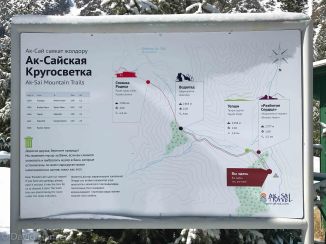 Map of the park trails

I went to the park with fellow Midwesterner and long term traveler, Karl (@wanderbadger on instagram, highly recommended), from the hostel and hiked around for a couple hours.  Right by the beginning of the trail we encountered the fluffiest and friendliest squirrels I’ve ever seen, that kept climbing or attempting to climb up us both.  Further along, the trail runs along a rocky river with a few haphazard bridges to cross it.  It was still really snowy everywhere but it was hot enough that even just wearing a T-shirt was too warm.  I stupidly forgot sunscreen and became a tomato (in case you didn’t know, eyeball sunburn is a thing and not a fun one), but it was so nice to feel the sun and be in the mountains after being in the frozen and cloudy steppe.  The walk to the marshrutka station was less fun, as after the park entrance gate it was just flat asphalt walking for kilometers.  The only interesting part of that return journey was meeting a bunch of middle aged guys parked on the side of the road taking shots to celebrate one of their birthdays.

To get to Ala Archa, the quickest, easiest, and most recommended way is by taxi.  For about 2-2.5k som the driver will take you round trip and wait for a few hours while you hike.  If you are cheap, there is a marshrutka stop about 10km away from the entrance that you can walk to and from.  Having done a combination of them both and feeling miserable because of it, take the taxi round trip and spend the extra few dollars.

There’s not so much more to say about the park, so I’ll let the pictures do the rest of the talking. 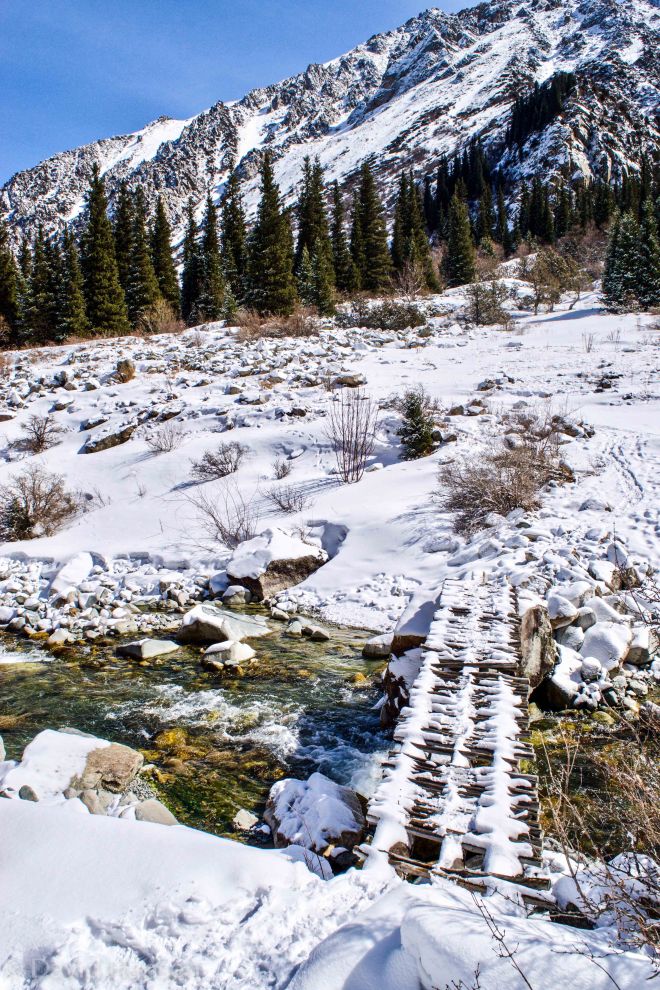